Jim Francis, who directed Eat Me! along with his dedicated makeshift crew, won the title of “Darkest Film” at the 60 Second Film Festival 2020 which was held at Whitelines on February 20th 2020. Although it’s playful title may suggest it were a shallow bit of fast entertainment, this powerful 60 second short is a reflection of our consumption, specifically of the overindulgence of meat which life-swapping premise may raise question about our coexistence as living beings among the “animal kingdom”. 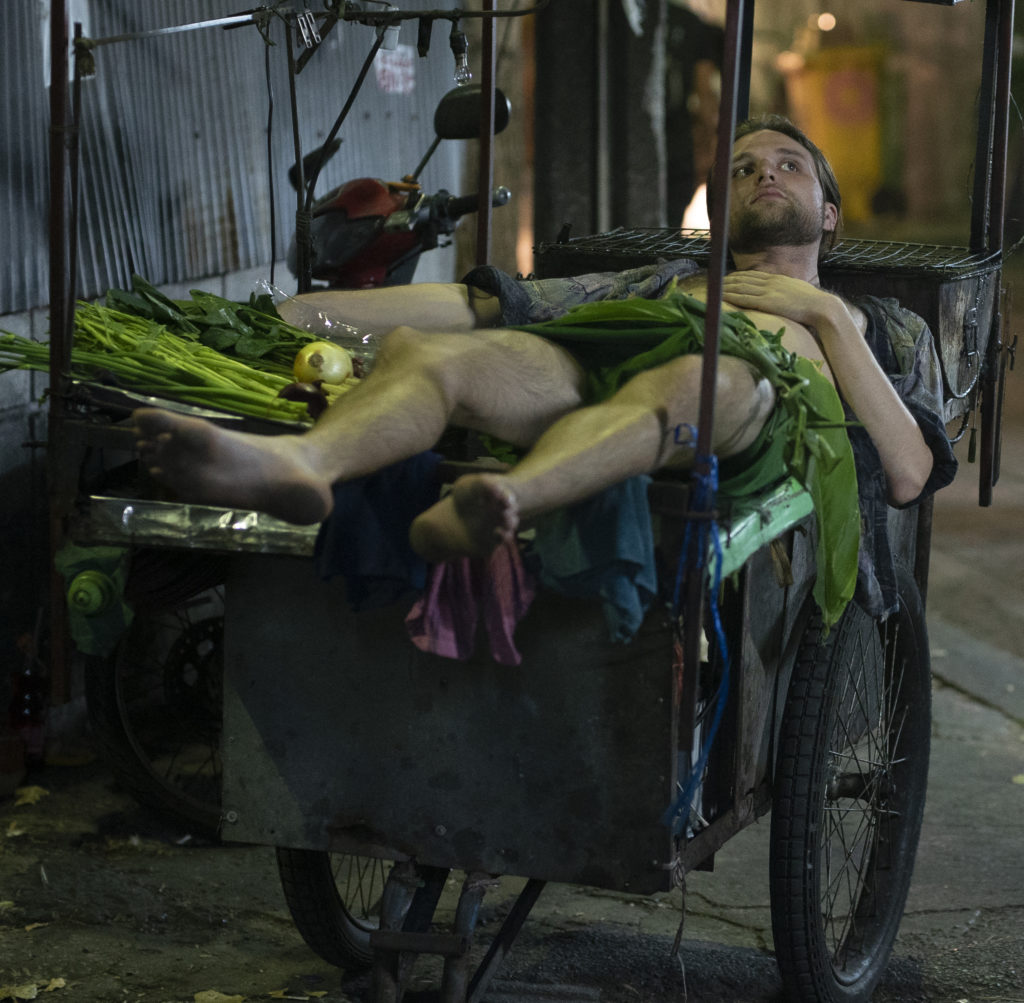 Jason Kai Kennedy who was part of the film crew said, “What is dark is the reality that we show in the film. We are simply reversing the roles between animals and humans and dramatizing to push home the hedonistic and selfish attitudes– which all of us humans are responsible for.” 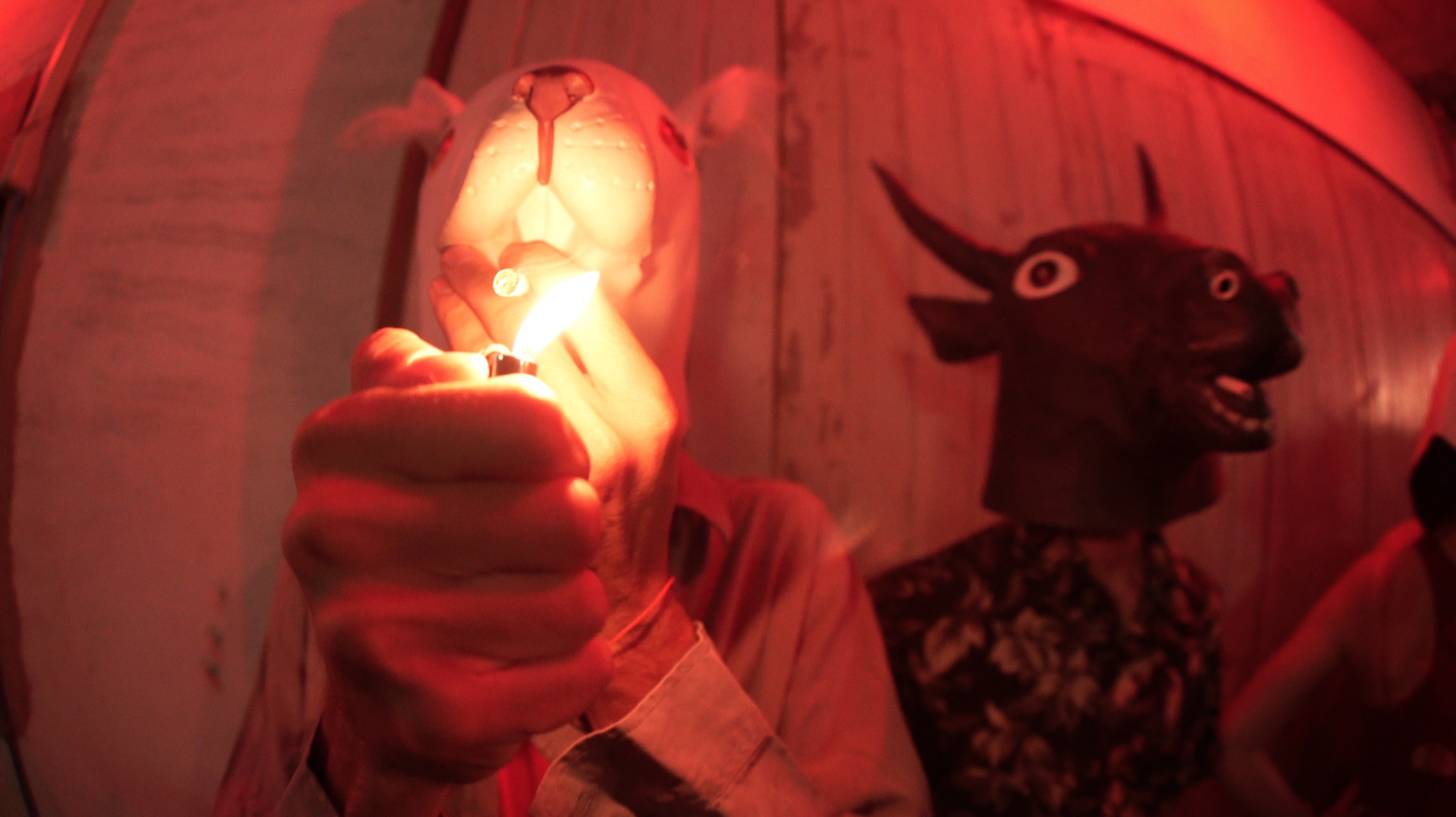 When asked what inspired Jim to produce such a topic for his film, he reflected on one defining moment he had to eat in an outdoor food court in the hip Ekamai area, “I looked to the ground next to me and saw a blasély disposed chicken foot and it immediately reminded me of the title for William S. Burrough’s book “Naked Lunch”, which Burroughs said originated when his beatnik-buddy, Jack Kerouac observed over lunch with Burroughs how absurd it is to represent ourselves as ethical, fashionable beings, having discussions of politics and world issues while at the end of our fork lays a dead corpse. 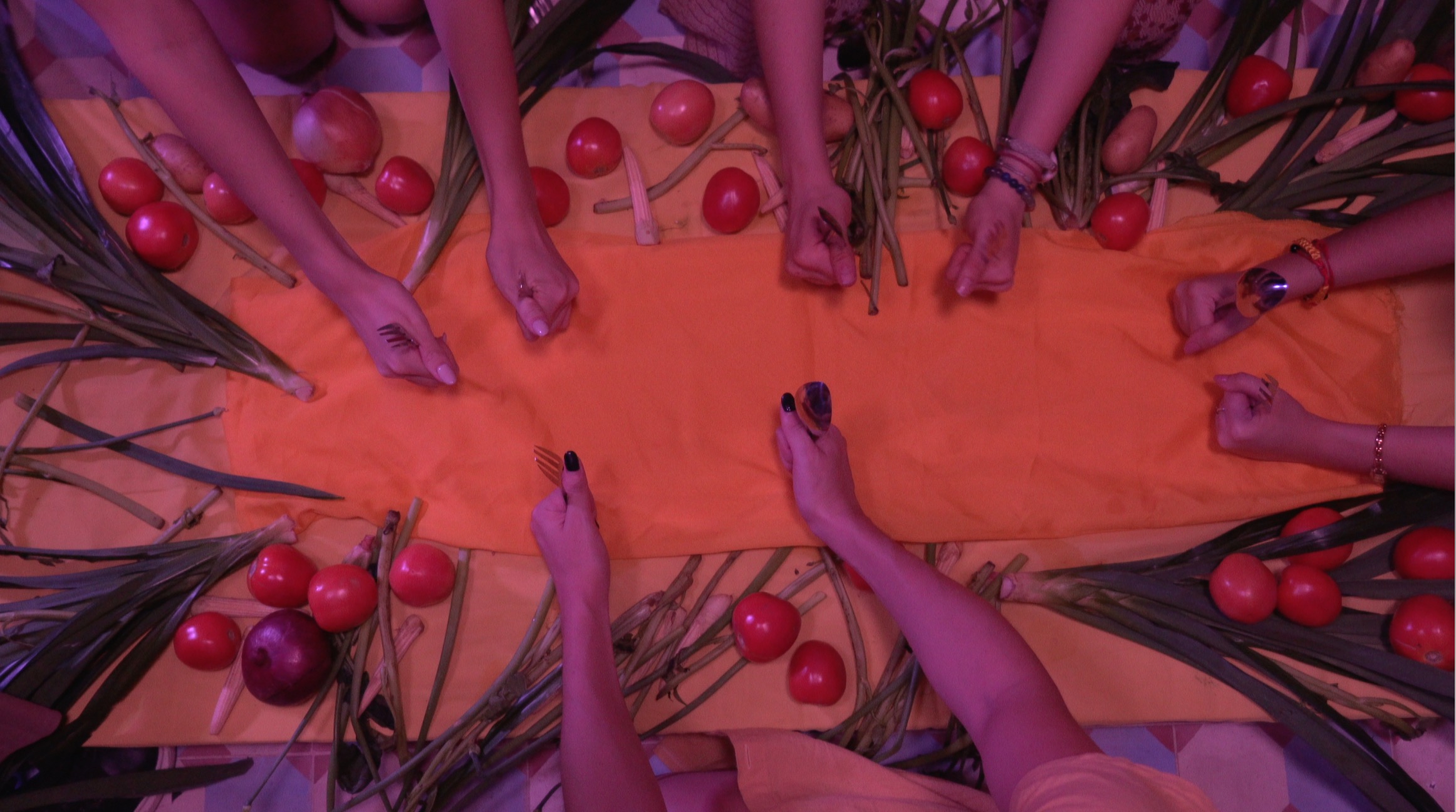 The scene continues from the purchase of man-meat from a street vendor to a dingy back-alley party, with masks of farm animals, chickens, buffalo and rabbits etc. on human bodies. These animal head figures perform ritual dances, drink booze and smoke cigarettes after a bongo-thumping session of human flesh-eating. “It was a very fun collaborative effort, much of the dancing seen in the film kept going off-camera.”

So what’s in store for these future film-makers? “We are quite excited for the next open Moving Image Makers meeting in April. Anyone who wants to join can check for updates by joining the Bangkok Filmmakers group on Facebook. The next To-ma-toes project might be a whole lot darker.”